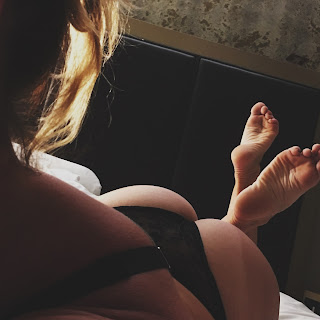 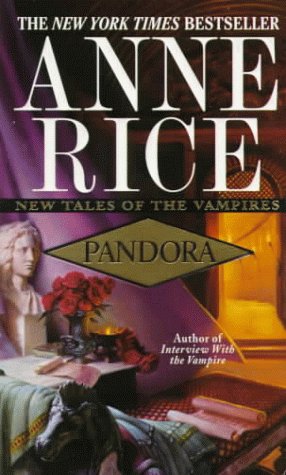 Publisher's Summary:  Anne Rice, creator of the Vampire Lestat, the Mayfair witches and the amazing worlds they inhabit, now gives us the first in a new series of novels linked together by the fledgling vampire David Talbot, who has set out to become a chronicler of his fellow Undead.
The novel opens in present-day Paris in a crowded café, where David meets Pandora. She is two thousand years old, a Child of the Millennia, the first vampire ever made by the great Marius. David persuades her to tell the story of her life.
Pandora begins, reluctantly at first and then with increasing passion, to recount her mesmerizing tale, which takes us through the ages, from Imperial Rome to eighteenth-century France to twentieth-century Paris and New Orleans. She carries us back to her mortal girlhood in the world of Caesar Augustus, a world chronicled by Ovid and Petronius. This is where Pandora meets and falls in love with the handsome, charismatic, lighthearted, still-mortal Marius. This is the Rome she is forced to flee in fear of assassination by conspirators plotting to take over the city. And we follow her to the exotic port of Antioch, where she is destined to be reunited with Marius, now immortal and haunted by his vampire nature, who will bestow on her the Dark Gift as they set out on the fraught and fantastic adventure of their two turbulent centuries together.

I was definitely not disappointed with this Anne Rice novel.  Although it only briefly mentions Lastat (my favorite character in the chronicles) this didnt bother me because I was really looking forward to getting to know the character Pandora, who up to this point in the series has been somewhat of a mystery.  It also gives you some more incite into Marius's (another favorite character of mine) life in his early vampire years.  I admire Pandora for her quick wit and outspokenness  She is certainly a fire cracker and refuses to be misunderstood.  I love how passionate she is about her beliefs and defending them. She certainly is not a wallflower.  This novel seems to has it all, Romance, Intrigue, and Drama.

I love fiction in which history and events are perfectly interwoven into the story.  It makes the story seem almost believable.  Anne incorporates history into her novels; Ancient Egypt, Roman Empires and Greek Mythology.  She does meticulous research on her subjects and settings and spins it into the most mesmerizing stories.  Stories that because of the setting and her research seem like they could be real.  I absolutely love her stories!
I give this book 4 out of 5 stars
Looking forward to Vittorio the Vampire...

I will add what my book club thinks of this novel when we meet up about it.
Posted by jessica at 4:59 PM No comments: